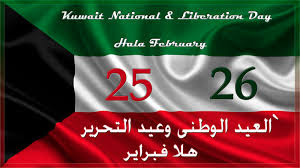 Each year, some very disgraceful behaviors and shameful practices take place all over Kuwait’s streets and squares during the national and liberation celebrations, where many people find joy in frivolity, uncontrollability, harassment, violating other’s privacy, blocking traffic and littering in a seasonal ‘chaotic’ scene that indicates a great deal of contradiction where everybody ‘fails’ on a day of ‘success’.

Well, the phenomenon is not a local one as uncontrollability, chaos and demagogy are very well-known characteristics of crowds in the absence of discipline and fear of law. Sociologists have found that it is human nature that crowds tend to act more chaotically and do things they would never consider doing individually. Things even get worse the less aware those crowds are, just like what happens in our streets where the majority of ‘celebrators’ taking part in the this annual ‘chaos’ are mainly kids and teenagers.

The sad thing in the Kuwaiti part of this phenomenon is that it happens during a patriotic anniversary when martyrs’ sacrifices should be commemorated. But instead, the occasion turns into silly practices driven by ‘mass mentality’ of younger generations who turn this patriotic occasion into an opportunity to break the law, disrespect it and come out with very disgraceful practices right before the eyes of their parents who even encourage them. This really contributes to destroying the spirit of patriotism and national loyalty. – Translated by Kuwait Times from Al-Anbaa

---My friend just moved here and it was her first National Day celebration and wanted to go out. I told her a few of my horrific stories about ND and told her I wouldn't be part of it because of the dangers, especially for a car full of women. When I came in 2003 it was a lovely time, people celebrated it in an innocent way and we laughed at being sprayed. Fast forward to today and it is a violent uncontrolled time for people to try and hurt one another.

What happened to the solidarity? I've seen videos of the past when there were parades and everyone appreciated the days. As it says above, this is also the time for remembering those who died for the country, what a sad thing to see now. I don't see these acts of violence in other countries while celebrating their ND. Qatar and UAE put on shows involving their military and you see people respect the boundaries and rules.

What will the future be for my children? Only God knows.
Posted by Crazy in Kuwait