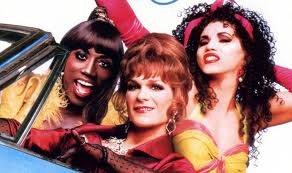 Two Bahraini men have been jailed for two years after dressing up as women and driving around the capital, Manama.

The nationals, aged 22 and 25, were arrested when patrolling police passed their vehicle about 2am in April 2011, local daily Gulf Daily News reported.

They had attended a nightclub where a female friend, who was a dancer at the venue, had dressed them up in her clothes and put make-up on them, the men told the Lower Criminal Court.

"We wore skirts, high heels and bras and carried woman's handbags,” the 22-year-old told the court, according to the newspaper.
He had been previously convicted of the same offence but did not serve a jail term.
He said he had dressed up as a woman since he was a child, when he would play with his sisters.
The older man, who works at a perfume shop, said he had always been a "mummy's boy" after his parents divorced.

Prosecutors claim the men, who have lived together for seven months, initially confessed to the charges but later pleaded not guilty.

It is not known whether the men were homosexuals, which is illegal in Bahrain.

Beware of men working in perfume shops!
Posted by Crazy in Kuwait