Qatar to recruit maids from Bosnia and Macedonia

There are going to be some ticked off wives in Qatar soon!﻿ 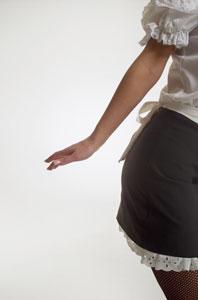 Qatar is expected to receive housemaids from new sources around the world and the domestic helps are expected to be paid in the range of $200- $250, government officials have said.

The new countries likely to send maids to Qatar include Vietnam, Bosnia-Herzegovina, Macedonia, Cambodia and Bangladesh. Representatives from Labour and Interior Ministries have already visited these countries and signed agreements to recruit maids and skilled workers.

In the meantime, the already existing sources would continue sending their workforce to Qatar, it was pointed out.

The new initiative is meant to reduce the “high” recruitment cost of QR11,000 for a single maid as well as opening up the market for more options.

The Manila government has earlier demanded that the minimum salary of a Filipina maid to be $400, which is considered high among locals.

Brigadier Mohamed al-Atiq, assistant director of the Interior Ministry’s Immigration and Passport Department, said that official visits had been conducted to the new source countries to agree upon necessary formalities and procedures for the recruitment process.

Local manpower agencies and recruitment offices in Qatar have been notified on the required procedures to apply for recruits from such countries, starting from this week.

“The number of workers and maids to be recruited from these new countries would be governed by the market laws of demand and supply,” explained Fawaz al-Rayis, director of the Labour Ministry Recruitment Department.

A standard format for the work contracts of housemaids would be agreed upon with the countries concerned “to adopt indisputable and clear clauses that guarantee the rights of both parties, the maid and the employer”.

Al-Rayis said that discussions had been going on with other GCC countries to approve a form of standard unified employment contract for maids. “The process is still in the negotiation stage.”

The issues of absconding maids, high recruitment fees, rising salaries and the overall shortage in the local market of suitable recruits have been hot issues of debate among the local community, demanding practical solutions. Many Qatari households depend greatly on the services of maids and domestic workers, considering them an integral part of the house.

But recruiting maids from Europe and other new Asian and African countries has raised doubts among some locals whether it would really work due to culture differences, language barriers and salary expectations.

Really?
Posted by Crazy in Kuwait