Sir or Madam? You are not the father! 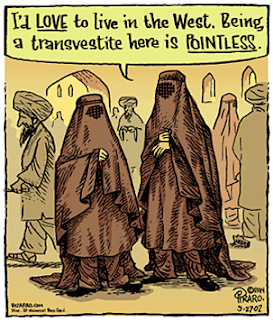 
KUWAIT CITY, May 27: The Personal Status Court revoked marriage between a transvestite and his wife who delivered a baby just three months after their marriage.

According to the charge sheet, the plaintiff found out his wife was in the last stages of pregnancy, although he never had any intercourse with her. He said the woman delivered and tried to attach the baby to him, which he rejected since she was pregnant before they started their marital affairs. He explained that his marriage to the woman was only to please his mother who kept pestering him to marry before she dies due to her old age.

He presented the birth certificate affirming that the period of delivery was only three months from the date of marriage, adding the woman tempted his client with monetary inducement to allow the child bear his name, but the latter vehemently rejected the offer and demanded to know the father of the child whose name he should bear.

Interesting article about transsexuals in the Middle East.
Posted by Crazy in Kuwait