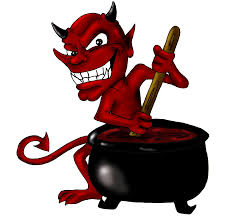 Saudi Arabia’s feared religious police arrested 30 people, including Westerners and Saudis, after they were caught having a mixed-gender party involving nude persons, alcohol, drugs, sex and “Satanic rituals,” a newspaper reported on Monday.

Members of the Commission for the Promotion of Virtue and Prevention of Vice raided a night camp outside the capital Riyadh lit by movie-inspired fire torches and seized 30 people from 11 nationalities, some of whom were totally naked.

Sabq newspaper, quoting a Commission member, said three men were caught having sex with women inside a tent while others were seized with drugs.

“They were having drugs and alcoholic drinks and some of them were moving and dancing to strange music,” the paper quoted the unnamed member as saying.

“Many of them were dancing around a fire as part of their Satanic rituals. Unfortunately, some of them were Saudis.”

The paper said those arrested were from the United States, Europe, Saudi Arabia and other Arab countries.

I wonder what the outcome of this will be.
Posted by Crazy in Kuwait