Animals surrendered to the Zoo 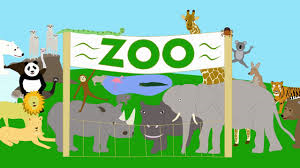 
KUWAIT: Reports of a Filipina who died after being attacked by her employer’s lion left many shocked, but also opened the door for many dormant laws to suddenly come to life. Kuwait already has a law that prohibits wild animals from being kept in residences.
Moreover, new regulations were put in place as a result of that unfortunate incident, including a law prohibiting walking dogs in public places. The authorities also announced that all wild animals will be confiscated if they are not surrendered to the authorities.
The Kuwait Zoo in Omariya is the only place where these wild animals can be surrendered and taken care of. For the last few months, zookeepers revealed they have received one lion, two hyenas and five baboons from individuals. Some of them were handed over by local police. “We got them from people around Kuwait. Some apes were brought in by the police too. The lion is just a cub and not dangerous at all, but it will be once it grows up. But the hyenas are already big and dangerous,” a zookeeper told Kuwait Times. “The baboons surrendered to us are native to the Arabian Peninsula.
They can be kept as pets but need extra care since they are sensitive creatures. This is why we are not recommending anyone to keep them as pets at home, especially if they have kids. Baboons should be in the wild or cared for by a zoo,” the zookeeper said. Some people also sell wild animals at the Friday Market. “The problem is if you don’t know how to handle animals, they remain a danger despite their daily diets. Even if you know how to feed or take care of animals, they are.
By Ben Garcia
If you have been to the Kuwait Zoo you will know that it is only a small step up from the animals living in their current situation. It's nice that they brought them to the zoo but does the zoo get additional support in order to take care of them? The conditions for the animals at the zoo is not that good and I can't understand why the government doesn't provide more help. Talk about tourism and bringing people to visit when they can't take care of the touristic sights we have now. I say raise the entrance fee for the zoo so they can hire more security to protect the animals from being fed plastic bags full of popcorn (I'm still haunted by not being able to get the bag out of the animal's mouth before he swallowed it) and poisonous leaves from the trees. I would love to 'adopt' the zoo if I knew who was in charge of it and could work with them.
Posted by Crazy in Kuwait