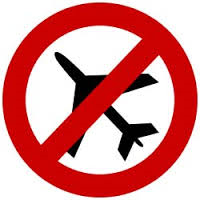 Kuwait Airways is facing a discrimination lawsuit from a New York City woman, who claims that her Israeli citizenship was the reason she was refused a seat on one of the company’s planes.
Iris Eliazrov moved to the U.S. when she was just 11-years-old, and is now 26, according to the Daily Mail. She was barred from a Kuwait Airways flight to London on November 1, allegedly because of a company policy that prevents Israeli citizens from flying with the airline. Though Eliazrov’s husband, David Nektalov, was allowed to board the Kuwait Airways jet, she was forced to book passage with another airline.

A lawsuit filed by the mother-of-four has gained traction in recent days, as federal Judge Roslynn Mauskopf ordered the offices of Brooklyn U.S. Attorney Loretta Lynch and state Attorney General Eric Schneiderman on Thursday to weigh in on the dispute.link

Anyone who has anything to do with Israel will have problems entering Arab countries. There was an executive guy who was Palestinian-American and came to Kuwait to check on the American military contracts here but was denied entry because he had a stamp from Israel which was stamped in his passport when he visited his Palestinian family members in Israel. So it's not just against Israeli citizens but anyone who visits the country no matter what their nationality is.