No registration for cars with faded Paint 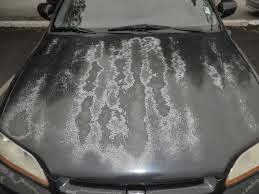 No registration for cars with dull paint


KUWAIT: Major General Abdullah Al-Muhanna, Assistant Undersecretary for Traffic Affairs, said interior ministers at GCC countries have unanimously agreed not to renew the registration of cars with faded paint.
He said the traffic department is waiting for a decision from the deputy premier, interior minister to ban such vehicles from being used on the streets.
Muhanna said that a specialized committee will be formed to implement the decision whenever it is issued in a way that will not harm owners of such cars and the companies that import them.
A friendly and legal way out will be used to allow the owners to paint their cars, he said. —Al-Qabas
I swear you couldn't make these things up if you tried! I bet the guy who made this suggestions has a relative who owns a paint and body shop just waiting for a 'government contract' for painting cars. The next announcement will be of a certain place you have to take your car to get painted and will need stamps and signatures in order to register them. No one worries about the traffic jams, lack of parking or illegal activities and corruption but damnit you are not going to drive a car with a DULL PAINT JOB!

No ‘matt’ paint on cars: Assistant Undersecretary for Traffic Affairs, Major- General Abdullah Al-Muhanna was recently quoted as saying interior ministers from the Gulf Cooperation Council have come to the conclusion that vehicles with matt paint will not be allowed to ply on the roads in GCC countries, reports Al- Qabas daily.

*Eyeroll
Posted by Crazy in Kuwait