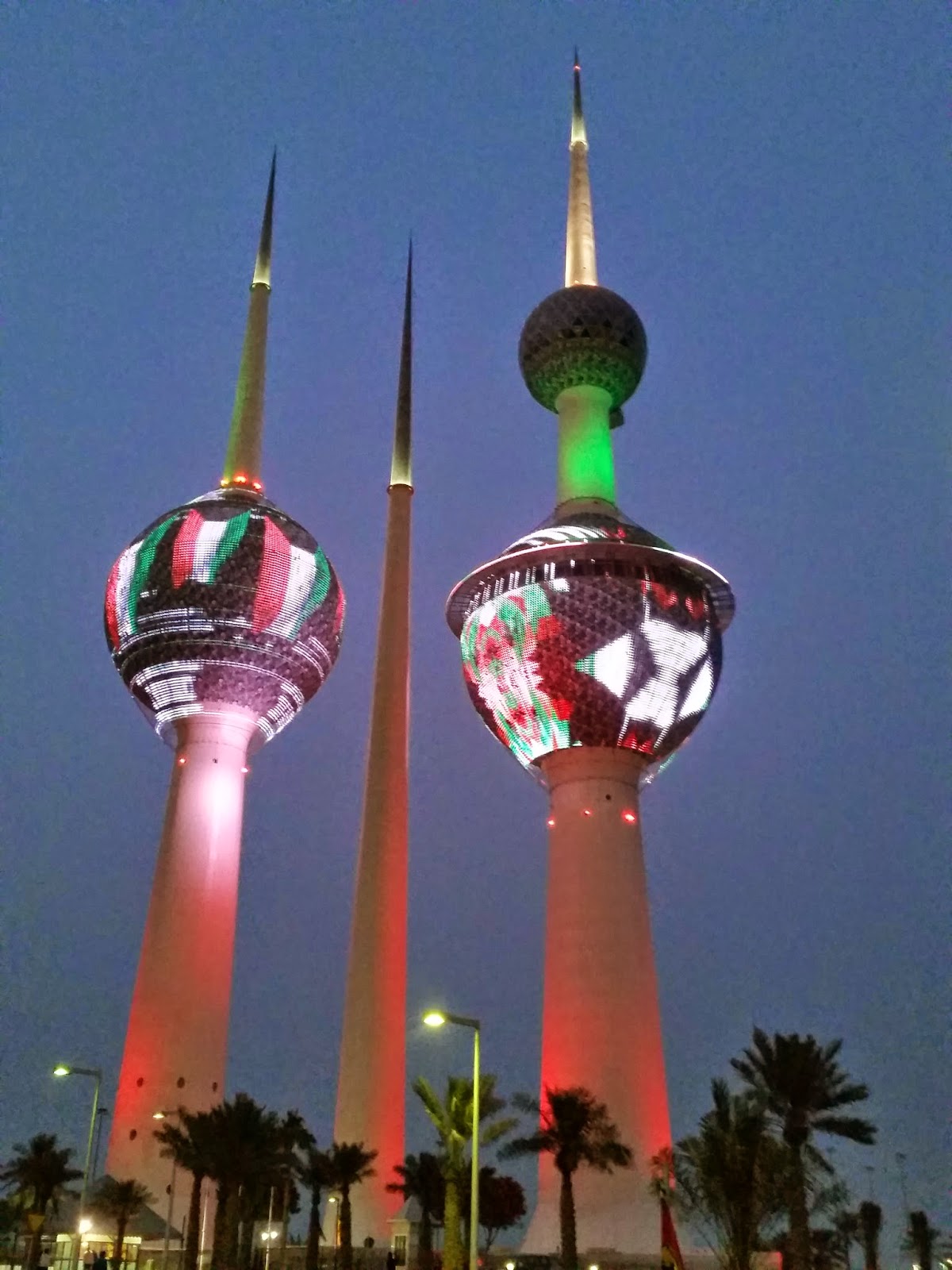 KUWAIT: Serving as a monument reflecting the country’s proud history and continuous progress, the newly refurbished Kuwait Towers re-open today, coinciding with the country’s celebration of its 54th National Day and 24th Liberation Anniversary. The site had been closed since 2012 for maintenance Standing at 187 meters on the costal side of the capital city, Kuwait Towers, or Abraj Al- Kuwait in Arabic, was built due to an initiative by His Highness the late Amir Sheikh Jaber Al- Ahmad Al-Jaber Al-Sabah. The three towers, peppered with three humongous spheres, were built as a replacement for old water tanks in the old city area


National monument Kuwait Towers serve as a national monument which also houses a cafe, a restaurant and other facilities. The design of the towers was approved by Sheikh Jaber and was conceived by Swedish and Yugoslavian companies. The construction process took five years, from 1971 till 1976. The official opening ceremony occurred on March 1, 1979. The towers sustained some heavy damage during the Iraqi invasion in 1990, with the cost estimated around KD 2 million. After the invasion, repairs were done to the towers and they were re-opened on December 26th, 1992. —KUNA