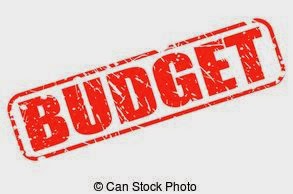 Kuwait’s budget surplus shrunk by a whopping 50 percent during the 2014-15 fiscal year, falling to KD8.3 billion ($27.45 billion), according to an independent study by the Kuwaiti Institute of Banking Studies (KIBS).

Gross domestic product also declined by 6.3 percent during the year, which ended March 31, the institute said, according to state media news agency KUNA.

Despite the country’s declining reserves and the significant fall in oil revenues, which account for about 92 percent of Kuwait’s revenues, government spending was likely to “remain largely unaffected” during the 2014-15 and 2015-16 fiscal years.

“Over the past 20 years, year-over-year changes in government spending have remained largely insensitive to annual changes in the average Brent oil price,” the report says.
The institute predicts Kuwait could record its first deficit in nearly 20 years during the 2015-16 fiscal year.
“Were the government to spend KD21bn in 2015/16 (an increase of 4.5 percent over our 2014/15 forecast) and the Brent oil price to average $60 per barrel, we estimate GDP would be KD38.8 billion (a decline of 15 percent from our 2014/15 forecast), and that the government would run a small and entirely manageable fiscal deficit of 2.6 percent of GDP,” the KIBS said.

The International Monetary Fund (IMF) also has warned Kuwait risks recording a deficit by 2017, although that forecast could be brought forward following the decline in the oil price.

Seems like the right time to start looking into all of the missing money people have stolen, collect outstanding debts and stop spending on projects that don't bring revenue to the country. Time to tap into Kuwait tourism.
Posted by Crazy in Kuwait