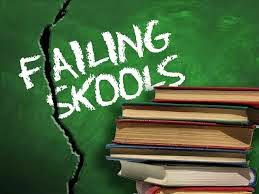 ‘Most Schools Only Satisfy Proprietors Wishes In Reaping Profits’

KUWAIT CITY, April 20: A report prepared by a British team contracted by the Ministry of Education about a year ago to evaluate performance of private schools revealed that the performance of 47 percent of foreign and bilingual schools in the country is extremely poor and a failure.

According to the report, most of these schools only satisfy wishes of the proprietors in reaping profits quickly which they prioritize over necessary educational activities. It states these schools which often claim to be academically excellent have very poor performance and 88 percent of bilingual schools are rated as such.

In addition, 65 percent of schools which follow British curriculum are unacceptable and 50 percent of those following the American curriculum were rated not satisfactory.

The report disclosed bilingual schools are not supposed to be called as such because they are using two totally different curricula, so they cannot train students to the level of desired excellence. It added these schools lack proper administrative leadership and some of the teachers do not have the required experience and competency to implement the curriculum appropriately.

It's about time this came to light, as a parent I already know what goes on in the British schools. I've watched countless children repeating the IGCSE after their parents already paid 700 KD for them to take the tests. The parents have to turn around and pay another year of tuition and another 700 KD for the tests. From what I've been told the tests don't include the work the kids had been taught for the past 2 years making it virtually impossible to pass.

In the British schools they get a certificate but when they want to use their transcripts they can't because they have failed. Some families can't afford to turn around and pay more money so their children are left with what? My friend who is British is paranoid of it happening to her daughter so she finally put her daughter into a bilingual American school to avoid failure but the American schools are more than a thousand KD more than British.

The teachers also make money by tutoring the kids during the IGSCE study period before exams, what exactly is the use of going to school if they aren't learning what they should and they need a tutor. How lucky we are that the 2015/2016 school year tuition will not be increased but the following year the door is open. It's all about money for the owner who may or may not be providing teachers their residencies, housing and transportation.
Posted by Crazy in Kuwait