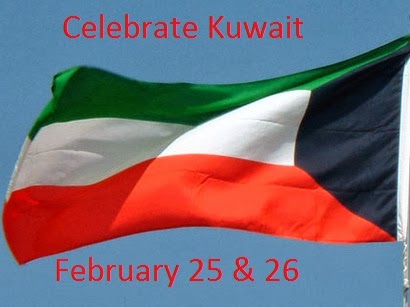 With all the events and celebrations going on, does anyone actually know what the dates signify or why they celebrate? To most people living in Kuwait it's a week to travel and leave Kuwait, not stay and celebrate as the meaning behind the dates has been lost over time.

The significance of February 25: 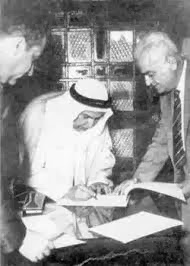 According to the Al-Amiri Al-Diwan the holiday was in remembrance of Sheikh Abdullah Al-Salem Al-Sabah's ascension to the throne. Sheikh Abdullah was instrumental in Kuwait gaining independence from British control and the evolution of modern day Kuwait. 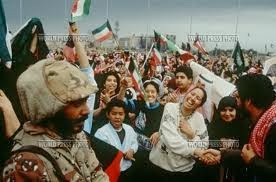 According to Wikipedia and those that survived the invasion:

On 2 August 1990, Iraqi forces invaded and annexed  Kuwait. After a series of failed diplomatic negotiations, the United States led a coalition to remove the Iraqi forces from Kuwait, in what became known as the Gulf War. On 26 February 1991, the coalition succeeded in driving out the Iraqi forces. As they retreated, Iraqi forces carried out a scorched earth policy by setting oil wells on fire. During the Iraqi occupation, about 1,000 Kuwaiti civilians were killed and more than 300,000 residents fled the country.

This was probably the last time Kuwaiti citizens were united as one.
Posted by Crazy in Kuwait