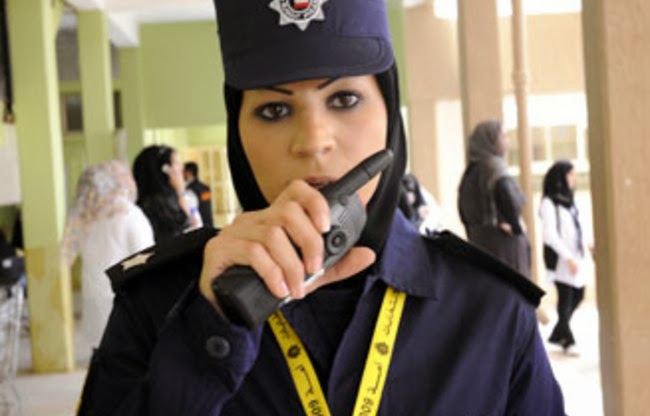 Google
Women in Kuwait could now think twice before joining the police after a new decision banning them of wearing make-up or adding nail polish during duty.

The decision by the ministry of interior also warned the female cops against dying their hair and stressed that they must always appear in good shape and clean uniform.

Newspapers said the ministry issued the new decision after it noticed many police women come to duty with polished nails and wearing much make-up.

“The decision warned all police women against adding make-up or nail polish and against having a dyed hair while on duty,” Al Anba daily said.

The decision following a recent ministry warning to police men to stop trimming their uniforms and growing their beards and to make sure they always wear clean uniforms to maintain what it described as “the prestige of the police force.” link

They forgot to ban perfume, you can smell them for miles and those guys who like their uniforms tight will have to wear them normally now, aww how sad. Time to man-up.
Posted by Crazy in Kuwait