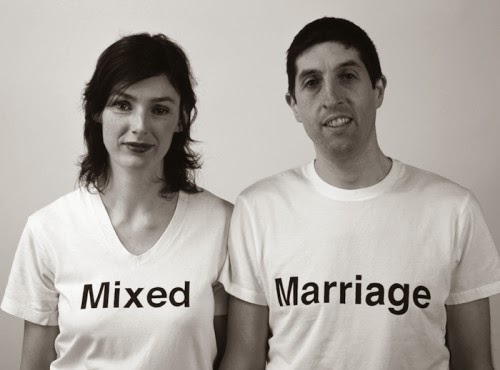 Here comes another story bashing Western women who marry Arabs from Muna Al-Fuzai, Kuwait Times. According to Muna Western women are coming in groves to Kuwait to snatch unsuspecting Kuwaiti and or Arab men.

"This is the latest trend in marriages in Kuwait among expatriate women and Arab Muslim men! I'm not against mixed marriages, especially if each party has his or her own agenda to hook themselves to a stranger into a serious bond like marriage.

The Islamic marriage goes this way - the female is a Christian woman in her late forties, fifties or above with no family back home or a spouse waiting. The male is Kuwaiti or Arab man. The man, of course, has been married once if not several times.

For them, it is an easygoing marriage in which they don't have to spend much money and fulfills their fantasies of getting married to a Western woman with blue eyes an blonde hair.

In fact, the men feel they are undertaking a noble mission because these women convert to Islam in order to marry these Muslim men. Men feel proud, and the women could not find a better source to cover their expenses, needs and a secure shelter in case she is lucky to get pregnant and have a baby.

According to some sources, these women are most likely HOMELESS back home and BROKE. So they use Islam to solve their personal troubles. And this is why I reject and deny these marriages.

In fact, most of these men, especially Kuwaiti, don't reveal their marriages with these women o their families and first, second and possible third wives.

The fact that these women accept to stand inline with other women shows how DESPERATE they are and I can't blame the man because legally he is permitted to have four wives, but ethically I have never witnessed any successful marriage of this kind, Arabs or likewise." (link)

Who the hell made her judge and jury? So Western women are homeless and the only way to save themselves is to find a Kuwaiti or Arab man to save them? What kind of BS is she talking about? Why doesn't she talk about the KUWAITI MEN who are online looking for women while their wives have no idea or that KUWAITI men marry because their mother wants to see his children before she dies so he marries the first woman picked for him and ends up divorcing her or cheating on her because he doesn't love her. What about the Kuwaiti men who take advantage of divorced women by marrying them just so they can get a house and end up dumping them after they get it. Don't get me started!

She goes on to say this kind of stress leads to many mental illnesses and more stress on the man who may then put pressure on his kids or other wives. She also thinks there is a regulation about KUWAITI men who marry non- Kuwaitis. Oh PALEEEEZ!

I don't know if it's jealousy or envy?
Posted by Crazy in Kuwait