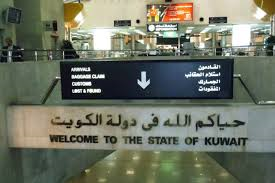 Kuwait has set a target of welcoming one million tourists annually by 2015, as part of a five-year plan for its travel and tourism sector.

To cater to the influx of tourists, Kuwait Touristic Enterprises Company is launching a number of tourism, entertainment and sports projects valued at $460 million.

The project will be complimented by new hotels focusing on the luxury sector, with 10,000 new rooms expected to come online by 2015 – which reflects an increase in supply by almost one third.

Among the new hotels scheduled to come online are four IHG properties, as well as the 307-room Millennium Hotel and Convention Centre in Kuwait City.

The government has also earmarked US $13 billion in funds for infrastructure, with the Kuwait Directorate General of Civil Aviation spearheading the upgrade of Kuwait International Airport, which will include the construction of a new passenger terminal to boost capacity from the current six million passengers to 13 million per year by 2016.link

Tourists dilemma: Dubai or Kuwait? I would hope that the Touristic Enterprise company will update their old website into something informative like Qatar's touristic website, as of now the website has little helpful information and some misspelling as well.
Posted by Crazy in Kuwait