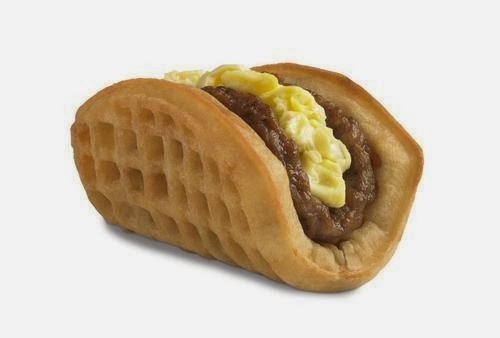 
Taco Bell is readying for the launch of its national breakfast menu on March 27, with items such as the A.M. Crunchwrap designed to appeal to its fan base of younger men. And the chain says breakfast will be available until 11 a.m. — a half-hour later than McDonald’s offers its Egg McMuffins.


"We can turn the breakfast conversation into a two-horse race," Taco Bell President Brian Niccol said in an interview, noting that Taco Bell intends to be a "strong No. 2" after McDonald’s.
McDonald’s has long been the fast-food leader in the mornings, with its popular Sausage Biscuits, Hotcakes and other items pulling in roughly 20 percent of the company’s U.S. sales. But the chain has been facing stiffer competition over the years, with places such as Starbucks and Subway looking for a piece of the growing breakfast business.link

I wonder if they will bring it to Kuwait?