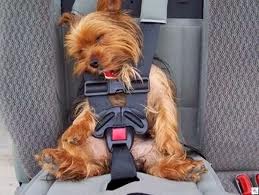 KUWAIT CITY, Feb 5: Assistant Undersecretary for Traffic Affairs at the Ministry of Interior Major General Abdul Fattah Al-Ali declared that intense traffic campaigns starting Feb 15 will be launched in all six governorates against those who do not wear seatbelts inside vehicles and those who use mobile phones while driving, reports Al-Rai daily.

In a press release issued by the Ministry of Interior, Major General Al-Ali stressed that such distractions is the main reason behind many traffic accidents in the country that lead to the loss of innocent lives.

He explained that the traffic campaigns are aimed to ensure the road users as well as pedestrians follow traffic rules and regulations.link

KUWAIT: The Ministry of Interior will launch a campaign from Feb 15,2014 targeting motorists with unfastened seatbelts and those using mobile phones while driving, According to the ministry's website, passengers in the front seats of a vehicle must have their seatbelts buckled at all times. All those who violate the safety seatbelt rules have to pay the fine.

Drivers are responsible for their passengers safety for ages up to 15 - ages 16 and older are responsible for themselves. Abiding by safety seatbelt rules is for each individual, including visitors as well as citizens and residents. Children under the age of 10 must be seated in the backseat of the vehicle and equipped with a special safety seatbelt or HELD BY A RESPONSIBLE PERSON.

Ok, now everyone has to wear seatbelts yet I don't see anything about children being in car seats only "special seatbelts" and WTH does "held by a responsible person" mean exactly? Who do they consider responsible and can that "responsible" person hold onto a child when the car slams on the brakes and the child becomes a projectile? If the child is older than 16 will they get the ticket?

I think the main focus should be on drivers who talk on their phones which is like 1 in 2 people, most of the time they have trouble driving without distractions now they add a phone to the equation which equals distracted drivers. This new campaign is not CLEAR!
Posted by Crazy in Kuwait