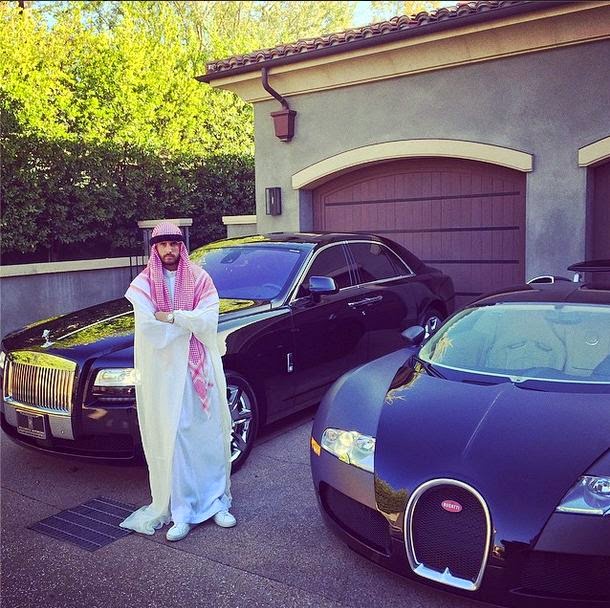 Disick spent the holiday dressed as an Arab and captioning his photo, "Happy halloween! We getting Arab money tonight," likely a reference to a 2008 song by Busta Rhymes. 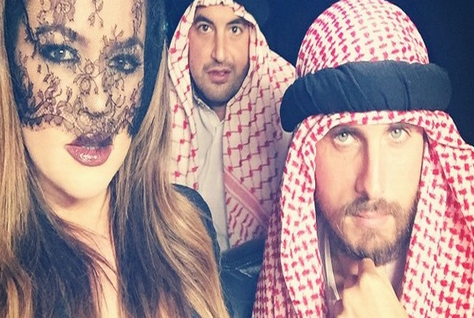 'Keeping Up With the Kardashian' star Khloe Kardashian should know when to lip it.

The reality star is being trolled on Twitter and Instagram after posting a picture of sister Kourtney Kardashian's partner Scott Disick dressed as an Arab for Halloween.

The drama was not surrounding the picture; it's the caption that offended many of her followers.
She attracted comments like, "'Ur caption is very disrespectful to Muslims. Watch ur mouth!!"

With more than 14 million Instagram fans, and many from the Middle East, such a post was bound to spread widely in a short period of time, and the reactions were equally swift.

Followers were quick to react to the photos on Twitter, with many calling out the costume for perpetuating a stereotypical and monolithic image of Arab culture, and others offended by Khloe's caption.

"This is so disrespectful," uzmahthakor wrote on Instagram. "You can't make a costume from a religion. Learn to respect religions and not mock them. Please."
Posted by Crazy in Kuwait