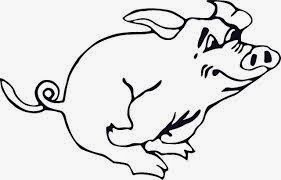 
KUWAIT: Ahmadi Municipality officers busted an unspecified amount of pork inside an Abu Hlaifa restaurant during a recent campaign. The meats were confiscated and referred to the investigation department. The restaurant’s owner was summoned for questioning.

Meanwhile, Ahmadi Municipality officials collaborated with their counterparts from the Ministry of Interior to confiscate and destroy a quarter kilogram of meat whose origin was unknown and some quantity of pork inside a restaurant in Abu Halifa. It has been reported the items were found in the basement being used as the central kitchen of the restaurant.
I wonder if it was one of the restaurants run by an American? Pork comes from Camp Arifjan, you can even buy a whole pig if you want. FYI people there is no alcohol being sold in the PX, the only illegal item would be pork, so if anyone attends an American bar-b-que be aware that pork may be cooked alongside your beef.