Kuwaitis get death for Murder 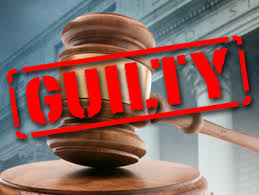 A Sharjah Criminal Court has sentenced two Kuwaiti university students to death after they were convicted of killing their colleague after raping him.

The two, can appeal the verdict with the Court of Appeals and the Federal Supreme Court, while they also can still avert execution if they reach a blood money agreement with the victim’s relatives.
The court sentenced Yousuf and Hashim to death after finding evidence on their mobile phones showing them raping and beating university student Mubarak, 19.

Court sources said police found a six-minute mobile phone film shot by one of the killers while they were taking turns in raping and torturing the victim.

A third accomplice who is on the run was fined Dh1,000 for failing to report his two friends to the police.

“The sentence today illustrated justice and the impartiality of the court, which was not influenced by any external conditions following the media fuss that has accompanied this case,” the victim’s lawyer Salim bin Sahooh said.

He said the two defendants can still appeal the death sentence or try to reach diya (blood money) settlement with the victim’s relatives, adding that one of them had already offered KD100,000 (Dh1.4 million), but that it was rejected.

This is what happens when there isn't any wasta to save you and you are tried for your crime. At least UAE is not afraid to punish those who murdered someone unlike Kuwait where the friend of a friend of a brother etc has wasta and they eventually get "Acquitted". It seems only the guilty expats receive punishment for their crimes.
Posted by Crazy in Kuwait