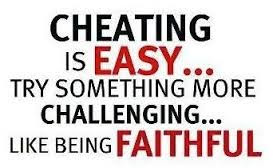 A woman in Kuwait was shocked when she she saw her husband with another woman in a shopping mall and fainted on the spot.

The husband, who was also shocked, not only ran away, leaving his wife to be attended by the mall’s paramedics, but also fled from Kuwait.

Many said that the husband’s reaction is worse than his shameful affair.

Mubarak, a Kuwaiti man, said that no matter what the consequences, he should not left his wife in that condition and run away. “He should have expressed regret and begged her to forgive him. Not run away. He is a coward.”

Abeer, a Kuwaiti woman, felt sorry for the wife. “I can imagine her shock. It must have been difficult for her to see her husband with another woman. How dare he cheat her and how dare he do it in a public place. He doesn’t deserve her and if I was in her place, I would never go back to him. She should seek divorce.”

Noura, another Kuwaiti woman, said the incident shows that the husband is a mean person and that she deserves a better man.

“Good that she found out what kind of person he is. She deserves a better husband, a real man, not this coward.”

-----Oh hell no! If I was the wife, the paramedics would have been called to pick up his battered body, not there to pick me up from fainting.
Posted by Crazy in Kuwait