Children left behind by khaleeji Fathers 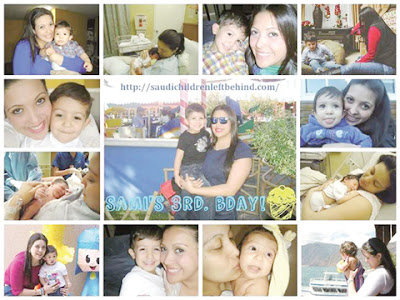 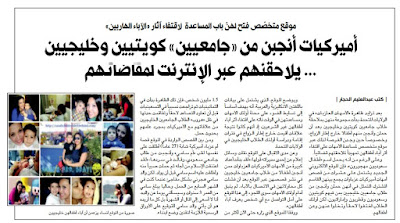 KUWAIT: In view of the growing number of single mothers in the US, a number of American women with children recently decided to sue Arab students who they claim are the real fathers of their kids and the result of extramarital relationships.

The women seized the opportunity of the creation of a new website named ‘Children Left Behind’ to upload dozens of stories about American mothers reporting that their kids were the result of affairs with Saudi, Kuwaiti, Qatari and Emirati students, saying that the fathers abandoned them and disappeared. Creators of the website, which has English and Arabic interfaces, stressed that it mainly aims at highlighting those mothers’ ordeals and help them reunite with their kids’ legitimate fathers.

One of the website’s administrators said that the number of American single mothers contacting the website to share their experiences was steadily growing. The website, which has so far been visited by over 1.5 million people, said that the phenomena started back in the 1980s, dropped a little in the 1990s, then gradually increased later on after so many GCC university students abandoned their companions. — Al-Rai

Here's a Arab Times link with a totally different translation. No, Arab Times the sites are not "A group of American women have begun to track down university students from Kuwait for illegally impregnating their daughters and giving birth to children, reports Al-Rai daily."  They are websites for women who have children, they must have Google translated *face palm*
Posted by Crazy in Kuwait