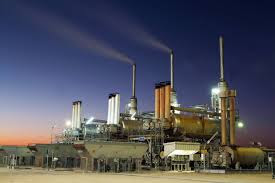 The country is expected to record its first deficit in more than a decade this financial year and a year earlier than previously forecast due to oil prices more than halving since mid-2014. The government estimates the deficit will total $27bn.

Despite analysts including the International Monetary Fund warning for several years that the country’s fiscal position was weak and it needed to diversify, the Kuwaiti government has made little progress.

Instead, its sovereign wealth fund is reportedly considering selling assets. Al Anba newspaper reported in October that the Kuwait Investment Authority (KIA), which is estimated to have more than $500bn of assets, was studying whether to liquidate assets that generate annual returns of below 9 percent, potentially generating $30bn in sales.

The government ran a deficit of 1.094 billion dinars in the first five months of the fiscal year which started in April, after a deduction for the Future Generations Fund, which is part of its sovereign fund.

Finance Minister Anas Al Saleh also said in September that the government planned to sell local currency bonds by the end of the year to help cover its deficit.

---Unlike some countries it seems as if Kuwait is being bled dry from greedy mosquitoes looking to fill their bank accounts with no care about the future of the country. While other countries look to tourism, outside investment and even internal investment this place has become stagnant. How I long for the days when I first arrived. People were nice to each other and life was almost stress free aside from the visits to the various ministries.

Kuwait today is engaged in internal conflict, everyone thinks they are right, corruption is rampant and I don't see appreciation for the country from the citizens like I see in UAE and Qatar. I see the past on IG @q8_awal  account which shows there was once a great love for the country. There were parades and celebrations in a respected way, no one fighting and trying to kill one another.

What happened?
Posted by Crazy in Kuwait