I've heard about La Brasa Argentinian Grill located in the basement of Dar Al Awadi Tower and decided to try it for lunch today. We arrived early, 15 minutes before they opened. At 12 pm the chef arrived and they opened it up. We were seated and waited around 15 minutes for the water to acknowledge us when he finally came over we asked him what was the best dish to try, he just shrugged his shoulders and said I don't know. He brought us bread sticks and condiments, loved the salsa and chimichurri sauce was amazing.

I ordered the Milanesa Napolitana which was pictured with turkey ham and tomato sauce topped with mozzarella cheese and a empanada on the side while my friend ordered the steak sandwich. I really wanted to try the all you can eat parrillada option for 15 KD but I figured it was a bit early for that. 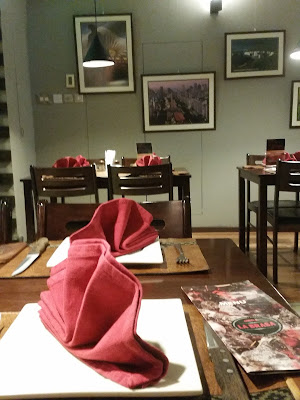 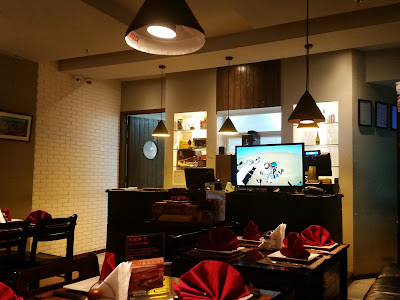 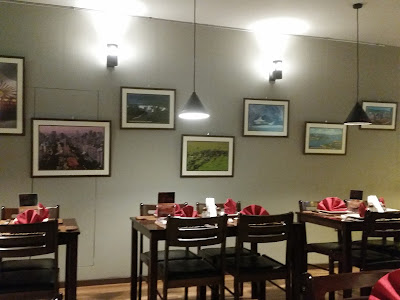 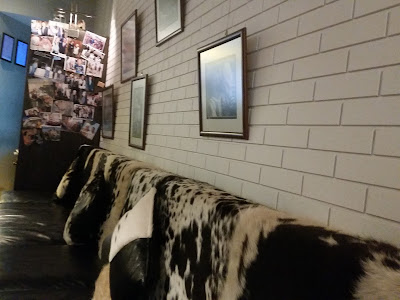 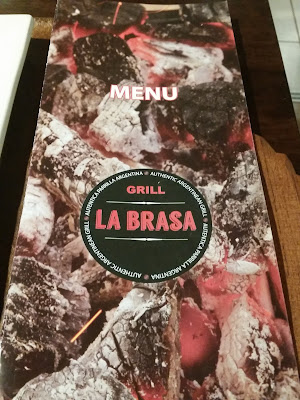 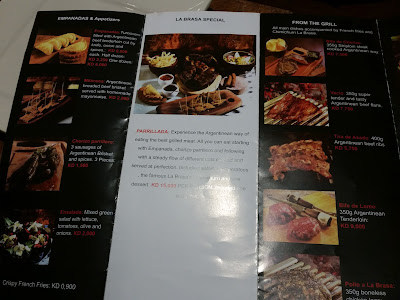 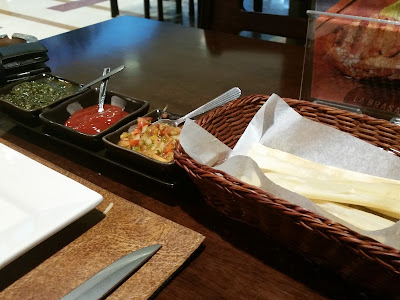 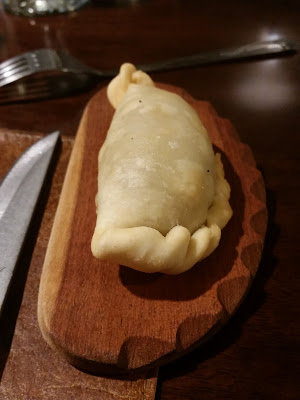 The empanada (600 fils) was alright but nothing outrageous, I think it could have been fried a bit longer. My order was sad and disappointing to say the least, it did not look like the picture at all. It was bland and there was no tomato sauce and when I asked the waiter he went over to the chef, came back and said they were out of the sauce. I told him if that was the case then why didn't he notify me as I ordered it. As I was talking to the waiter the 'owner' came over to me and was like 'what's your problem!?' I was caught off guard by his rudeness. I told him I didn't have a problem I was simply asking about the tomato sauce that was written in the description. He told me there is no sauce as it would make the meat soggy.

As he walked off I told my friend it didn't look like the picture and the owner suddenly turned around and was like 'what?!' sensing his anger I didn't say anything else but I did tell him I would write it in my review, he said 'go ahead'. 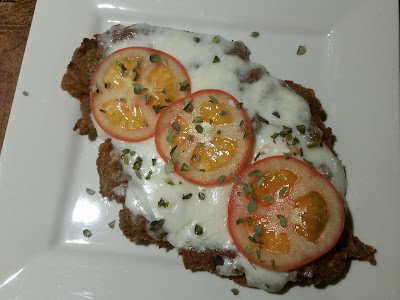 The sandwich looked like a bigger version of McDonald's egg McMuffin 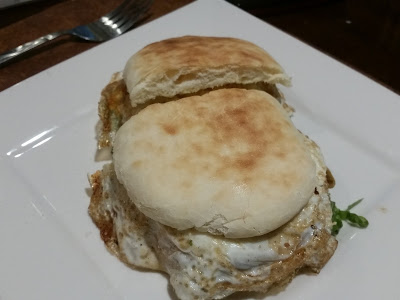 Both of the sandwiches came with fries yet they only gave us one bowl? 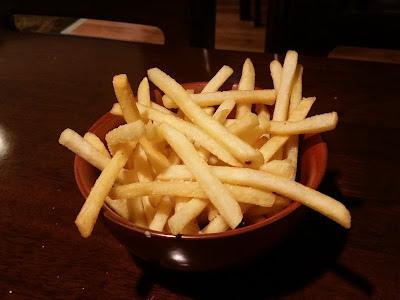 This is what I thought I was ordering and I looked up the recipe online and yes, some of the dishes do have tomato sauce. 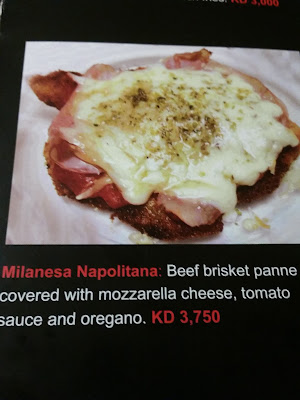 My friend gave me half of their sandwich and took my plate instead, they didn't like it either. 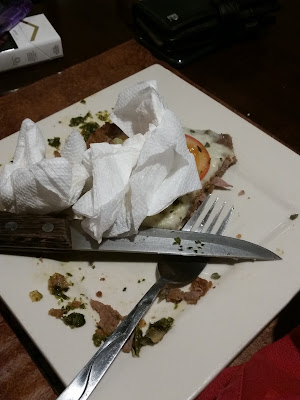 My first and definitely last visit to the restaurant, if the owner was nicer and handled the situation differently I would have tried it again but with his lack of  customer service skills I wouldn't dare go back.
Posted by Crazy in Kuwait