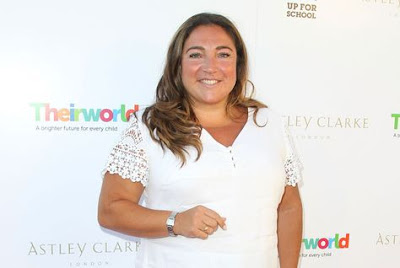 Saudi Arabia will be one of the countries reportedly set to be included in a new new American cable TV series fronted by Jo Frost, the British star behind the successful 'Supernanny' TV series.'Jo Frost: Nanny On Tour' will be produced by the American network UP TV and will see the 45-year-old Londoner travel to a number of countries to help families with child rearing challenges.

As part of the show, Frost will visit countries around the world, including non-English speaking countries such as the Netherlands and Saudi Arabia, the Daily Mail reported. "I am so passionate about helping families and giving them what they need and I cannot wait to get started - country by country," Frost was quoted as saying.

"Audiences will see just how in just a few hours, her presence changes families' lives. Her skills are really unique as are some of the situations families find themselves in, but she always comes through for them.

"Frost has an incredible eye for a good story and a real international appeal," a TV source added. "Now that this US deal has been struck, the show will go around the world as networks have never seen child interactions like this."

------Now that will be an interesting watch!
Posted by Crazy in Kuwait