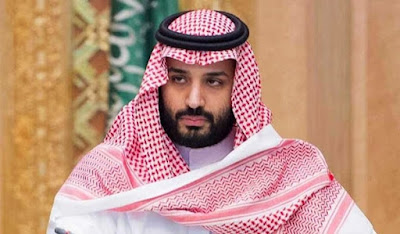 “Mohammad bin Salman threatened that his country would attack and occupy Kuwait, claiming that not only Khafji oilfield but also entire Kuwait is part of the Saudi territories based on historical documents,” Middle-East Panorama quoted on Sunday intelligence sources of the Persian Gulf Arab littoral states as saying.

Kuwait has complained that the continued shut down of Khafji oilfield it shares with Saudi Arabia will incur huge losses Riyadh must compensate for in the future.

By keeping production and exports shut, Kuwait will incur huge losses which will be borne by the Saudi government for violation of the (50-year old) agreement and the 2010 operations agreement”.

The sources referred to Salman’s harsh reaction to Kuwait’s claims, and quoted him as saying that “we saved Kuwait from Saddam’s claws and now who is there to free it from our claws”.

“Kuwait has no superiority over us and is a country stretched over a piece of land one-fourth of Riyadh,” he added, according to the sources.

The field has been shut since October last year for non-compliance with new Saudi environmental standards. It is operated by Al-Khafji Joint Operations Co (KJO), a joint venture between AGOC, a subsidiary of state oil firm Saudi Aramco, and Kuwait Gulf Oil Co (KGOC).

Saudi Arabia and Kuwait also share the Wafra oilfield, which has been shut since May due to operating difficulties. US oil major Chevron operates the field on behalf of the Saudi government.