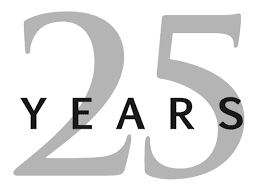 KUWAIT: Kuwait marks today the 25th anniversary of the Iraqi Invasion, when former Iraqi President Saddam Hussein ordered his troops to advance into Kuwait on the dawn of August 2, 1990 with the intention of annexing the country into Iraq.

A coalition of 34 countries led by the United States of America helped liberate Kuwait in February 1991 in an operation that has become known as the ‘Gulf War.’ Kuwait suffered massive statewide destruction during the seven-months-long invasion, while hundreds of Kuwaitis fell as martyrs or were taken as prisoners of war by the Ba’athist regime’s troops.

The Iraqi military forces also set ablaze between 605 and 732 oil wells before leaving Kuwait, triggering an environmental disaster that has been declared as one of the worst in human history. Kuwaitis reminisce the invasion’s anniversary every year by remembering the sacrifices displayed during the ordeal and recalling the need to learn from its lessons.

------I wonder how much the new generations will know about this war and how many people died protecting it. It isn't a constant reminder of what happened to Kuwait only a memory of the horrors for some, a few grainy videos on YouTube but will the next generations know the true extent of what went on or will it be a faded memory and stories told by their elders? You can see pictures of the destruction here which is an excellent site for those who want to learn more.
Posted by Crazy in Kuwait