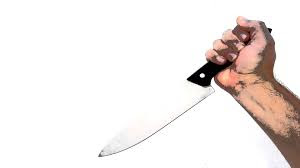 KUWAIT CITY, March 10, (Agencies): An American sustained multiple stab wounds when he engaged in a fight with an unidentified person along the seaside in Fintas. In a press statement, the Public Relations and Media Security Department in the Ministry of Interior disclosed the American got the stab wounds as a result of a fight with another person who fled from the scene but surrendered to the authorities later.

The department revealed that the Operations Unit at the ministry received information about the American who was stabbed several times, so it dispatched a team of securitymen and paramedics to the location. The American was rushed to a nearby hospital and his condition is said to be stable. The concerned authorities quickly conducted a thorough investigation and they found out later that the culprit surrendered at a police station.

The US Embassy in Kuwait says a US citizen has been stabbed, and that the man who assaulted him is in police custody. The Embassy’s security message for US citizens said Thursday the victim’s injuries are not life-threatening and that the embassy is not aware of any specific or credible threats against Americans in Kuwait.

The advisory cautioned that extremists may attack in groups or alone and advised US citizens to exercise caution in areas frequented by Westerners. No details were released regarding the identity of the attacker. Though terrorist attacks are rare in Kuwait, an Islamic State group affiliate detonated a suicide bomb in the capital in June of last year, killing at least 27 people and wounding scores at a mosque packed with Shiite worshippers.

KUWAIT: The US Embassy has confirmed that an American was stabbed yesterday in Fintas. His injuries are not life-threatening.

The man who assaulted him is in police custody. The Embassy is not aware of specific, credible threats against US citizens. Nonetheless, US citizens residing in or visiting Kuwait should remain vigilant regarding their personal security. According to a report, a Kuwaiti in his twenties stabbed an American five times at the beach walk lane and then went to Fintas police station – claiming that he exchanged blows with the victim.

The American was taken to hospital by a passerby, and was totally conscious when police went to see him in the hospital. The Embassy takes this opportunity to remind US citizens to review their personal security plans and remain alert to their surroundings at all times. Extremists may attack in groups or alone, in planned actions or attacking targets of opportunity.

Always exercise caution in places where US and Western citizens gather. The Embassy also recommends carrying a mobile phone at all times. Contact Kuwait Emergency Services at 112 if you need emergency assistance.

-----As he works on base the story is he was walking around sunrise and passed up some Arab guys who in turn attacked him and stabbed him from behind, there's more to the story but that's all I will say. As for the embassy, they don't do much if anything at all to help citizens in trouble so Americans are pretty much on their own here, be warned!!
Posted by Crazy in Kuwait