I was in Mahboula when I came across lights and debris from an accident and from the look of the pieces I knew it had to be a pretty bad one. Down the road a little ways was the car, when I got home I found the picture below on FB, there was another one showing the car and the driver laying on the sidewalk in the background with the post saying he lost his right foot?﻿ 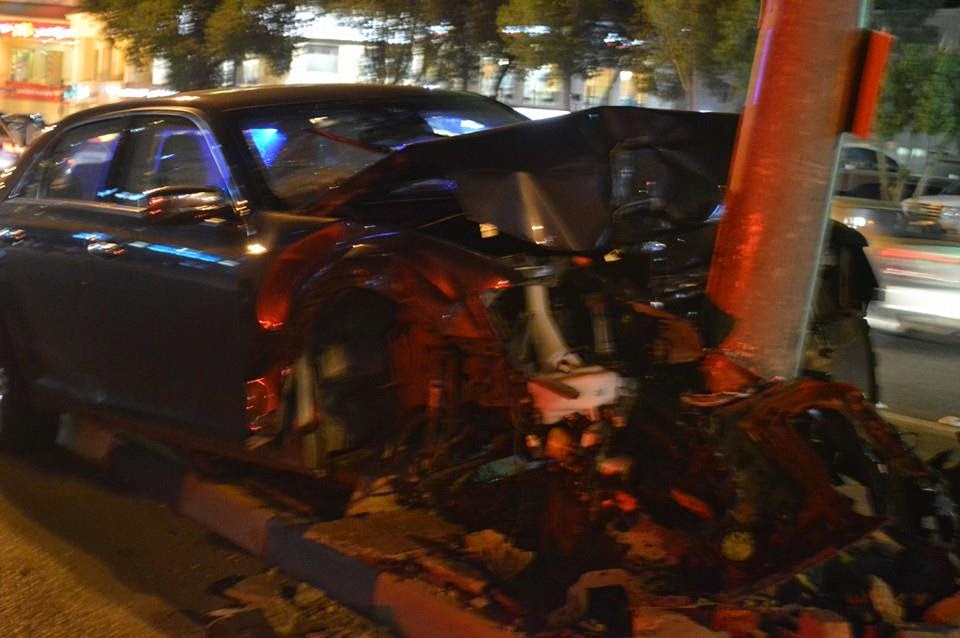 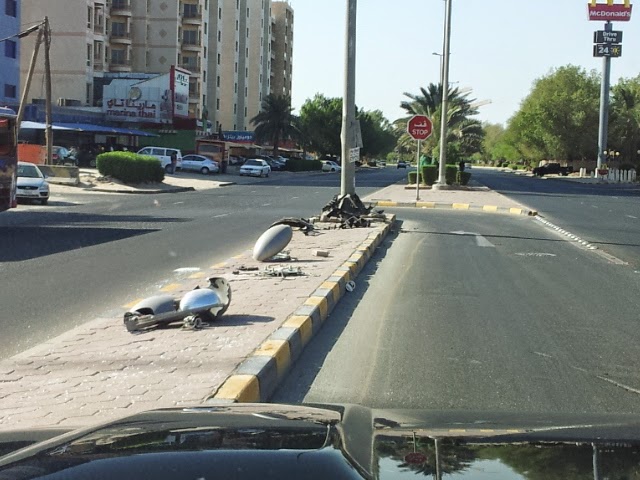 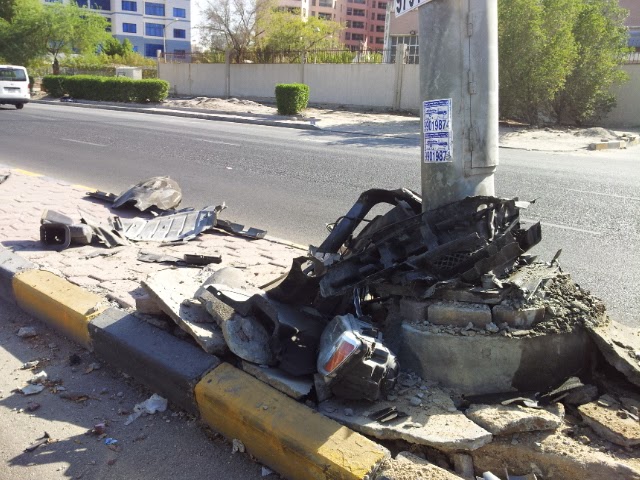 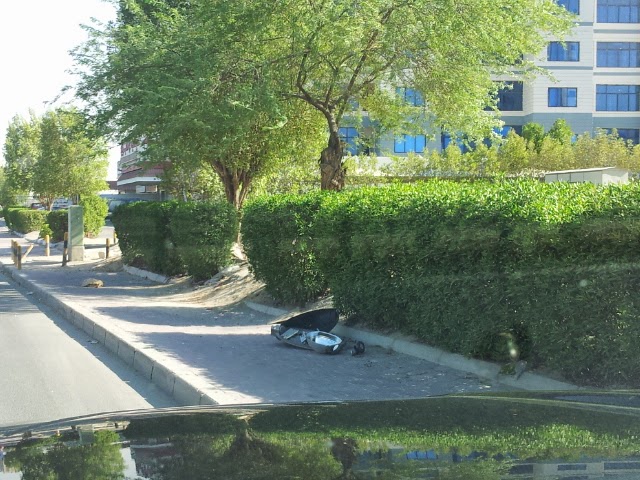 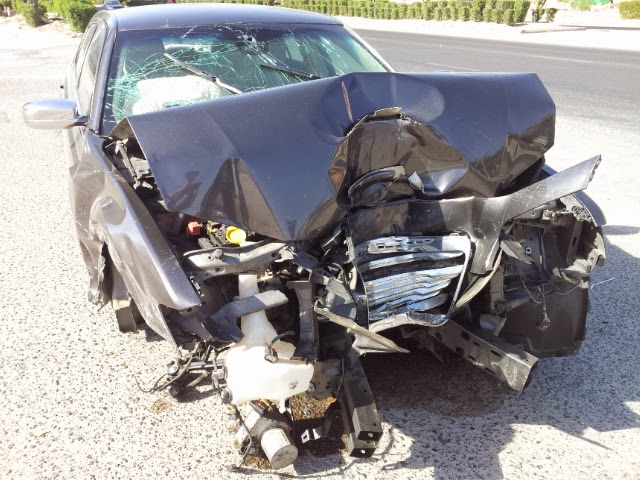 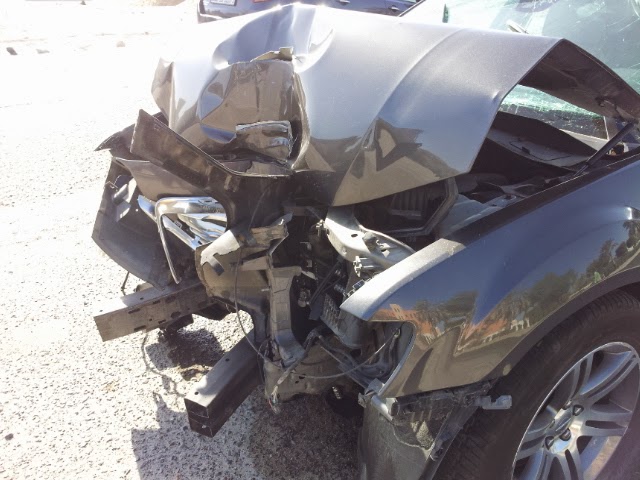 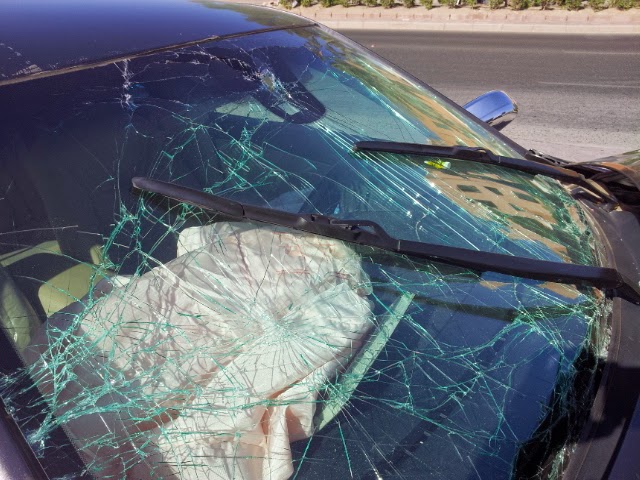 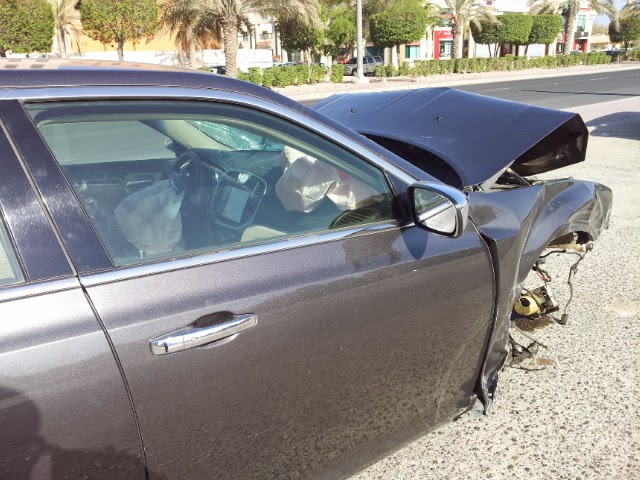 Surprisingly the Chrysler handled the hit pretty good. Later on that day I was rear ended when an Indian guy pulled in front of me, I hit my brakes and watched the driver behind me, who was going too fast plow into the back of my car. If he only knew how much I love my car and how I wanted to totally kick his butt after he smarted off saying "Why did you stop?!"- my mom had to stop me from going after him.
Posted by Crazy in Kuwait