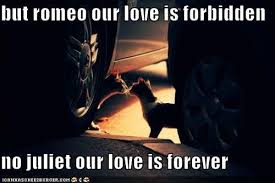 A talk-of-the-town love story in oil-rich Kuwait could have ended up in tragedy had its local heroine not defied her family and resorted to court.

The story is not a movie plot as it happened in real life and the court decided to give it a happy ending when it ruled that the Kuwaiti woman should marry her Pakistani boyfriend.

The 29-year-old girl, described as very beautiful, went to court after her father and brothers rejected the 33-year-old Pakistani suitor, en electrician residing in Kuwait, and threatened both of them.

When he tried again and refused to give up, they assaulted him and threatened that they would expel him from Kuwait.

The girl, an engineer at a local government department, then decided to go to court to report her family and tell the judge that she would not marry anyone else. She told her lawyer that she and that man had been in love for a long time.

“When she told me her story, I first thought that she was a victim of fraud or witchcraft. It was one of the strangest cases I have ever handled,” her lawyer Hamoud Al Radaan said, quoted by local newspapers.

“But she explained the conditions that led her to fall in love with that man. I also talked to her friends, who confirmed her story. It was a fair case and the court decided to give her justice by sentencing the couple to marriage.”link
Posted by Crazy in Kuwait