Kuwait is now complying with the IRS!!! 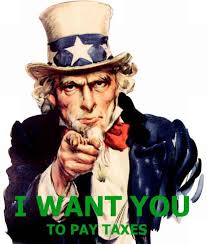 I just received an 'important' call from NBK telling me they are complying with the IRS, all US citizens are required to bring their CID and passport to their branch within a week to sign paperwork for FACTA (Foreign Account Tax Compliance Act), in other words no more running from Uncle Sam!!! I wonder how many people will give up their US citizenship now?


Some quit US citizenship Concerns push FACTA to Assembly for approval
KUWAIT CITY, Aug 19: The Cabinet has decided to refer an agreement that it intends to sign with the US Treasury regarding Foreign Account Tax Compliance Act (FACTA), to the National Assembly for approval before it is applied because the agreement will largely impact the aspect of banking confidentiality and expose American citizens who hold dual citizenship, reports Al-Rai daily.

The American law, which came into effect few months ago, obligates banks and financial institutions to provide American authorities with the required information concerning American citizens and their accounts. This law will assist in exposing Kuwaiti citizens who hold American citizenship when the American authorities ask the banks for information regarding their accounts and transactions.
Earlier, Ministry of Finance had indicated its desire to sign the convention with the US Treasury, which will give Kuwaiti banks the legal opportunity to register with the Internal Revenue Service (IRS) before the deadline of May 5, 2014 in order to avoid the heavy penalties that the American authorities will impose on the banks that do not cooperate with it.

According to the initial convention, the Kuwaiti banks are obligated to ask their clients if they hold American citizenship when they open bank accounts. These banks will then be responsible for the information they give when the American authorities ask about their clients. However, the recent convention, the conditions of which the Ministry of Finance is negotiating, has bigger and riskier obligations such as the banks’ compliance to FACTA in all other countries, which is why the government perceived the need to obtain approval from the National Assembly before signing it. Sources revealed that thousands of people gave up their American citizenship in order to avoid the FACTA law.