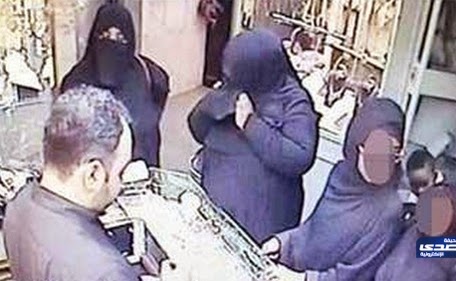 The five used to go into jewellery shops with a little boy and pretend to try some items to detract the attention of workers before leaving the shop with their loot.

Police had been baffled by the camera’s failure to identify their faces before they decided to trick the women into falling in a trap.

“Police published fake attractive offers for jewelry and cosmetics on an Instagram account they set up for this purpose. They then installed several cameras inside the shop,” the Arabic language daily Al Watan said.

“Police kept that shop under their surveillance until they saw the suspected five women. As they tried to steal again, the women were arrested.”

They will probably be acquitted like everyone else the Kuwaiti police catch.
Posted by Crazy in Kuwait