Kuwait is Fat- I think we know That! 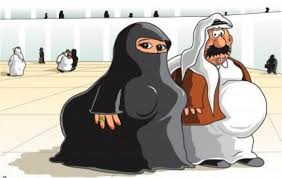 Kuwait 1st among GCC countries with high obesity, overweight rates Obesity common among male, female students
KUWAIT CITY, Aug 2: A study conducted by the General Technical Supervision of Domestic Economy at the Ministry of Education has confirmed that obesity is common among male and female students, reports Al-Watan Arabic daily.

The study showed the ministry spares no effort in preventing obesity as manifested in the launching of the nutrition clinic project in schools during the tenure of former Minister Dr Naif Al-Hajraf. This project includes a comprehensive public awareness campaign in schools in a bid to control obesity which leads to most chronic diseases of the modern age like diabetes, cardiac problems, lung diseases, cancers, rheumatism and other social and psychological problems.

The study pointed out these rates are alarming as they are considered very high internationally. It also stressed the need to address the issue immediately, explaining this health condition is common among students and children due to the rising number of fast food restaurants and beverages deemed harmful to the body.

It's heartbreaking to see overweight children, yesterday I was out and I saw a Kuwaiti family sitting in Chili's, the older sisters were thin but the younger boys and girl were overweight. The little girl was around 9 and was very overweight and instead of dressing her in loose clothing she had on a tight shirt and leggings which showed everything. How can mothers allow their daughters to go out in public like that?

The fat subject reminded me of this video:
Eat less, move more, people!