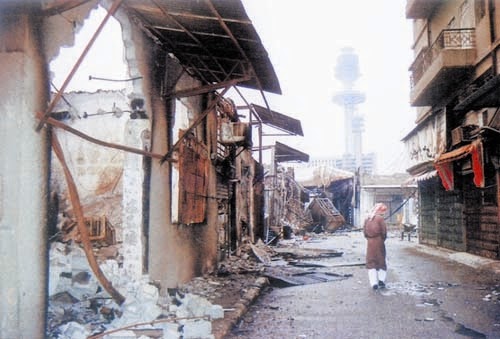 KUWAIT: Kuwait marks the annual distressing anniversary today, recollecting the 1990, August 2nd Iraqi invasion that flagrantly breached the Gulf State independence and sovereignty. The ensuing seven-month occupation of the country was marked with tragic events, namely martyrdom of 570 nationals and residents, abduction of 605 others, wide-scale destruction of the infrastructure, namely the burning of 639 oil wells that resulted in stoppage of oil exports to the international market for a long time.

The aggression and occupation, carried out by troops of the executed ruler Saddam Hussein, had resulted in several issues, such as the POWs and theft of the national archive. Iraq, with UN supervision, had paid compensations for damages resulting from the war and the two neighbors had gotten engaged in UN-supervised efforts to re-maintain the border line. These files have not been tackled totally yet. Last July, the UN Special Representative for Iraq Nickolay Mladenov said the Iraq-Kuwait relations continue to show “strong signs of improvement,” but warned that the current instability in Iraq could prevent those relations from reaching their full potential and close the humanitarian files of Kuwaiti missing in action (MIAs) and stolen property.

Presenting to the Security Council the Secretary General Ban Ki-moon’s reports on the situation in Iraq and the status of the two Kuwaiti humanitarian files, Mladenov said the normalization of relations between the two countries is on “a strong footing” but as long as turmoil continues, “decisions on matters such as the missing Kuwaiti persons and property are likely to take more time and effort. He said the Kuwaiti Government is “understandably anxious” that the security situation and the political stalemate in Iraq would leave the UN Assistance Mission in Iraq (UNAMI) with “little time or space for its mandated role on the missing Kuwaiti persons and property.link
Posted by Crazy in Kuwait