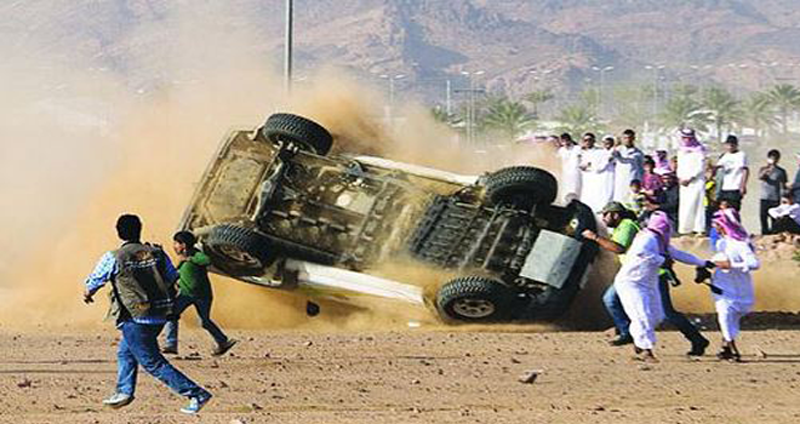 A 23-year-old Saudi girl, apparently influenced by action movies, succeeded in aborting an attempt by two men to kidnap her and her handicapped sister when she abruptly pulled the hand brake, causing the captors’ car to overturn.

The girl and her 20-year-old sister were walking to their home in the southern Jazan province when they were intercepted by the two men, who forced them into their car.

“On the way out of town, the elder sister jumped to the hand brake and pulled it up forcefully…the car, which was going at high speed, suddenly veered off the road and overturned,” the Arabic language daily newspaper ‘Ajel’ said.

It said passers-by managed to pull the four out of the car before calling the police, adding that one of the captors was arrested while the other fled.

'Influenced by action movies' - Seriously? I think she just did whatever she had to do to not be abducted. Good for her!
Posted by Crazy in Kuwait