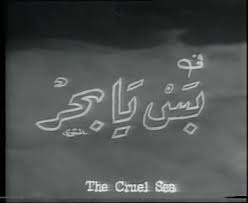 The first feature film to be made by the state of Kuwait. It is a period piece about Kuwait before the discovery of oil when fishing was the predominant occupation. "Bas Ya Bahar" (The cruel sea) was produced by Kuwaiti producer Khalid Al-Siddiq. Bas Ya Bahar is a beautiful personification of the treacherous sea and a critical representation of the harsh life in Kuwait before oil. Refreshments provided.


KHALED M. Siddik is a pioneer in the field of fine arts and motion pictures in Kuwait and the Arabian Gulf. An internationally acclaimed filmmaker, he is a writer, producer and director. In 1971, he co-wrote, produced and directed ‘Bas Ya Bahar’ or ‘The Cruel Sea’, the first full-length award winning feature film in the Gulf. He followed it up with ‘The Wedding of Zein’ in 1976, which won among others an award at the Cannes. Over the years, Siddik became a force to reckon with in the field of motion pictures. He also served as jury member and jury chairman at various international film festivals.interview link
Date: January 27, 2015
Time: 7 pm
Location: AWARE Center - Surrah
Posted by Crazy in Kuwait