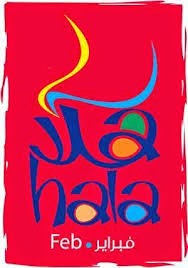 KUWAIT: Hala February 2015 is a great opportunity to stimulate the country’s economy through offering huge discounts and promotions in the retail businesses and small industries, the organizers said yesterday. The annual festival kicks off this Thursday, January 8, and will continue through February 8, the festival’s higher organizing committee announced.

Qais Al-Ghanim, and economic expert, said that such stimulus encourages internal and external tourism and places the country as a tourist destination. He also added that all sectors of the society could take advantage of the month-long discounts and promotions at many shops that wouldn’t make a dent in their pockets.

Similarly, financial analyst Fahad Al-Sager said that Hala February is a step in the right direction to turn the country into its desired goal of being a regional financial hub. He emphasized the importance of the government’s support, especially the Ministry of Interior, to facilitate the entry of visitors into the country. He added that the Ministry of Information also needs to have full coverage of the festival’s activities to attract more people.

Premier event
Meanwhile, Kuwait prepares today for the launch of the 21st Qurain Cultural Festival. Standing the test of time, the Qurain Cultural Festival proved itself as the premier cultural event in Kuwait. Organized annually by the National Council for Culture, Arts and Letters (NCCAL) since 1994, the Qurain festival always created a cultural and social “buzz” that attracted individuals from all walks of life.

For a usual period of three weeks, the festival puts on musical, theatrical, and cultural events conducted by Kuwaiti, Arab, and international talents which in return proves year after year that the Qurain festival was the main event for cultural enthusiasts from around the globe.

The other incarnations of the Qurain festival took it up a notch by hosting and honoring many local, regional, and international intellectual and artists as well as many nations, dedicating seminars and lectures to showcase their cultural inputs and traditions. The naming of the Qurain festival traces back to historical causes as Qurain is originally one of old names of Kuwait in the late 18th century. – KUNA

NCCAL has a lot of programs, too bad they don't put their IG and website in ENGLISH for the non Arabic reading expats who might want TO CHECK OUT their programs! I've commented many times on their IG account about putting the info in ENGLISH but they obviously don't care about non-Arabs.
Posted by Crazy in Kuwait