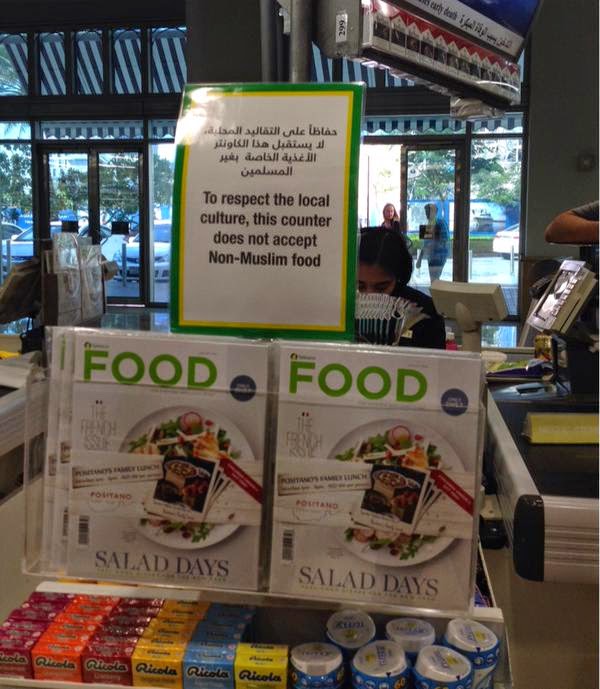 Dubai: People in the UAE should pay for products that are not consumed by Muslims at the designated cashier to abide by the rules set by the Dubai Municipality with respect to others’ beliefs.

Dubai Municipality has asked supermarkets to provide one cashier specifically made for purchasing these foods due to several complaints made by Muslims in the UAE. According to Khalid Mohammad Sharif, CEO of the Food Control Department, this is a form of organisation to avoid customer dissatisfaction.
“The signs put in the supermarkets are to display that products must be segregated since we received many complaints from people who did not think it was right to have the same cashier for non-Muslim foods and other foods,” he said.
Sharif explained that the municipality gave supermarkets options such as setting up a separate cashier inside the pork section of the supermarket or having a designated cashier in the payment area specifically made for non-Muslim products. Another official in the municipality stated that this is a rule that has been implemented for years, however, most people are not aware of its existence.link

I didn't know UAE even sold 'Non-Muslim' items besides alcohol.
Posted by Crazy in Kuwait