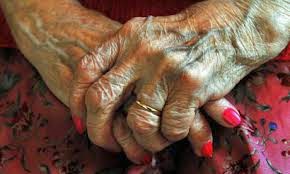 KUWAIT: A high-ranking health ministry official blew the whistle on a very tragic issue, declaring that Kuwaiti public hospitals were full of hundreds of senior citizens who had finished receiving medical care and needed to go back home where family bonds would help cure them and relieve their pain. “Unfortunately, those senior citizens’ relatives have been refusing to take them home,” he revealed.

Speaking on condition of anonymity, the official said that the scores of patients aged 60 to 90 had already received the medical treatment they needed and had to be discharged. “Nonetheless, those patients’ ungrateful children or relatives who had not been so visiting them left them in hospital for months,” added the official, noting that many of the patients’ children and relatives had been notified of the need to discharge the patients.

“Some of them promised to take them home, while others got angry for being told so and blamed the hospitals for what they described as ‘interfering in personal affairs’ and immediately started criticizing the medical body for not ‘shouldering its responsibilities towards citizens’,” explained the official.

Moreover, the official explained that most of the senior citizens suffered from chronic diseases that could be dealt with at home, but instead were receiving such care by nurses in private rooms that are badly needed for more critical cases. “We cannot force a citizen out of a private hospital room, but where will they go as long as their relatives refuse taking them?” the official exclaimed.

In addition, the official stressed that these patients’ relatives had been repeatedly reminded that senior citizens get enough social security pensions, including KD 559 to all women over fifty, granting widows their late husbands’ pensions, men’s pension, senior citizens’ care, house call doctors and medical care at home. He added that despite being threatened that such incentives might be stopped if their cases were reported, many of the relatives have not responded and still kept their ageing relatives in hospitals. – Al-Rai

I have to say this is extremely sad and disappointing to say the least. I worked in a nursing home before in the states for a couple weeks. I had an old lady who was 100 years old ask me to take her home and it made me cry. I quit working there because I couldn't handle the misery of the patients. I wonder where these patients are in Kuwait, I would love to visit them and keep them company. That could be a new community project for the younger generations, if the family won't visit then the youth could do it for them.

It's awful and sad to leave the older generation alone which will make them deteriorate and pass away sooner than being in a healthy environment, shame on you people!
Posted by Crazy in Kuwait