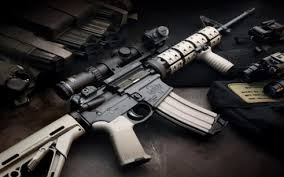 A vehicle carrying two U.S. citizens came under fire in the Eastern Province district of al-Ahsa, one of the main centers of Saudi Arabia's minority Shi'ites, SPA said, citing a police statement. It was not clear who shot at the vehicle.

The wounded man was taken to hospital and was in a stable condition, it added.Saudi officials are concerned about the spread of sectarian strife from the conflicts in Yemen, Iraq and Syria. Some leading clerics of Saudi Arabia's official Wahhabi school of Sunni Islam view Shi'ites as heretics.
In the last attack on Saudi soil targeting Americans, a gunman killed a U.S. citizen and wounded another in the capital Riyadh last October.

In November, seven Shi'ite Muslims were shot dead in al-Ahsa as they marked their holy day of Ashoura. Saudi Arabia has arrested the four main suspects and said it believes it was ordered by Islamic State militants from abroad

Qatif, another center of the Saudi Shi'ite minority alongside Al-Ahsa, has been a focus of anti-government demonstrations in support of Shi'ites who complain of discrimination. The Saudi authorities deny any discrimination. link
Posted by Crazy in Kuwait