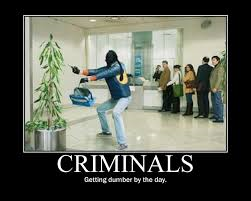 A Kuwaiti man was so intoxicated that he apparently could not think well when he stopped his car in a police parking in Kuwait and fell deep asleep.

When a policeman stepped out of the station and got into his patrol car, he quickly noticed the bizarre scene in front of him.

“He hurried to the man and knocked at his car window many times until he woke up,” the Kuwaiti Arabic language daily ‘Al Watan’ said.

“When the man pulled the window down and stared at the alien with red eyes, the cop instantly realized the man was drunk and drugged…a quick search of the car confirmed his suspicions and the cop escorted the swaying man into the station.”
Posted by Crazy in Kuwait