KUWAIT CITY, June 4, (AFP): Kuwait on Thursday closed the privately-run Al- Watan satellite television channel, which has been critical of the government, citing financial reasons. The commerce and industry ministry said it has revoked the commercial licence of the company that owns the channel after it lost most of its capital. The information ministry followed the measure by withdrawing Al-Watan’s media licence. The station went off the air after police ordered staff out of the building.

The move comes almost five months after authorities revoked the commercial and media licences of Al-Watan newspaper for the same reasons. The decision to close the daily has since been upheld by the lower and appeals courts. The case is currently before the Supreme Court.

Al-Watan TV and newspaper are owned by former oil minister Sheikh Ali Khalifa Al-Sabah, a member of the ruling family, and it is managed by his son Sheikh Khalifa. 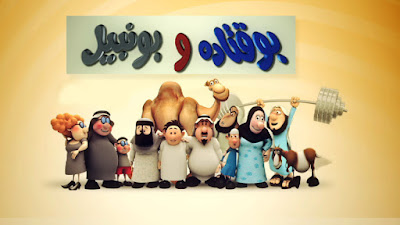 I don't speak Arabic too much but I always liked Al Watan TV as they seemed to have updated shows that were entertaining especially Bo Kotada w Bo Nabil during Ramadan. I had to have my sister translate but found it hilarious especially the Justin Bieber episode. So this leaves us with KTV, watching the people gathering at Naif Palace, waving and hoping to win 50 KD and waiting for the cannon to go off.
Posted by Crazy in Kuwait