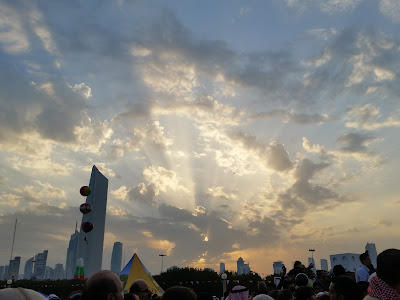 KUWAIT CITY, June 25: The Criminal Court adjourned until July 9 the issuance of a verdict on State Security Case Number 8/2014, known as ‘the Islamic State in Kuwait’ case, in which eight people are involved.

At the same time, the results of investigations unveiled dangerous and surprising information that the most treacherous terrorist group is not too far from the country; hence, the necessity to issue laws to control the situation.

It has been discovered that among the aims of the group is to destroy the ruling system in Kuwait, expand its power to neighboring countries, and commit all forms of hostilities to confront anyone who stands against them.

These developments seem to prove the members of this group are planning to make Kuwait a launching pad for their plan to wreak havoc in other countries. According to State Security officer, two of the accused — Ali Al-Hubeishi and Nassar Mohareb — travelled together on July 31, 2014.link
Posted by Crazy in Kuwait