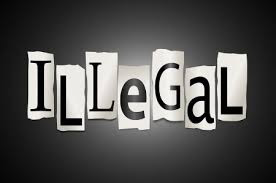 KUWAIT CITY, June 12: Nineteen people — 17 Asians and two British (a principal and a teacher) working for a foreign school have been arrested by the authorities for violating the residence law, reports Al-Rai daily. The daily added, the arrests came after the Operations Room of the Ministry of Interior received information that two British men were working for the school in violation of the law.

The ministry after taking necessary permission from the Public Prosecution raided the school and arrested the violators. According to security sources the principal of the school and one teacher (both British men) entered the country on visit visas. The suspects have been handed over to the concerned authorities.

I guess they should have taken their vacations early!
Posted by Crazy in Kuwait