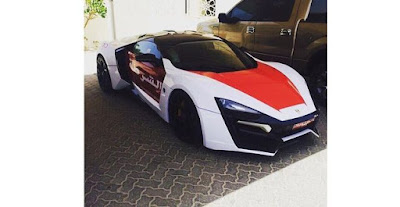 Having recently appeared in Fast & Furious 7, the Lykan showcased its LED headlights encrusted with 420 diamonds.However, it was first revealed at the Dubai Motor Show in 2013, and then at the Shanghai Auto Show this year.

If it’s purchased by the force, the Lykan will serve alongside Abu Dhabi Police’s Rolls Royce Phantom, Ferrari FF, and Lamborghini Aventador.Both of the UAE’s security services, the Abu Dhabi police and Dubai police have a range of luxury patrol cars. 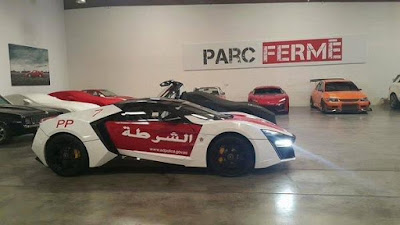 Kuwait, your move.
Posted by Crazy in Kuwait