Saudi to be deported for no License 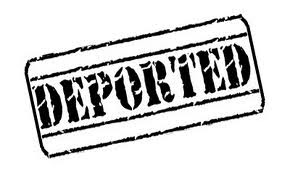 Kuwait will deport a Saudi man for driving a car without license in line with a new law expelling any non-Kuwaiti caught committing such an offence.

Police arrested the unnamed young man after he was involved in a scuffle with a Kuwaiti driver on a road in the oil-rich Gulf emirate.

The Saudi daily ‘Sabq’ said Kuwaiti authorities would deport the man after he serves a specific jail term on charges of assaulting that driver.

The man will be the first citizen from another Gulf Cooperation Council (GCC) country to be deported by Kuwait for driving without licence in line with the new law introduced by the Opec oil producer last month.

The GCC, which was set up in 1981, groups Kuwait, Saudi Arabia, the UAE, Qatar, Bahrain and Oman.
Posted by Crazy in Kuwait