Building Boom from Mahboula to Fahaheel

I remember when  first moved to Kuwait in 2004, I lived in Fintas and it was great, no traffic or people. When someone asked me where I lived and I said Fintas the city people didn't even know where it was. Then the contractors poured in and saturated the whole area. Everyone who was living in Salmiya moved to Mahboula and even more came when Camp Doha shut down leaving Arifjan the new base.
Little by little the  building started, Ruby Tuesday's restaurant area brought some new places to go. Al Kout brought us a mall (I can remember when it was a bunch of old buildings and they had huge sales right before they were torn down) and some much needed shopping places. Landmark became Center Point and so on. Now it's so crowded both traffic and population are blowing up daily, there is no relief in Kuwait anymore. I remember when the Mahboula area was nothing but sand and one time I went to look at an apartment, I was scared to be out in the area because there were no lights.
Little did I know all of the open areas would one day be a distant memory. The building of complexes is crazy and the size of these apartments is so small I don't see how an average family could live in them. I do see signs saying "Indians" only which means most of the buildings are made to cram workers and rent is paid by their companies. On Friday one has to deal with hundreds of bachelors wandering the area staring and running across the streets like they are playing Frogger or something. 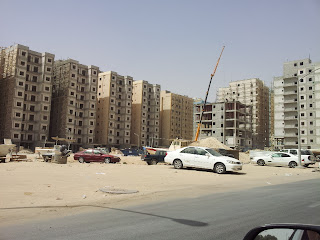 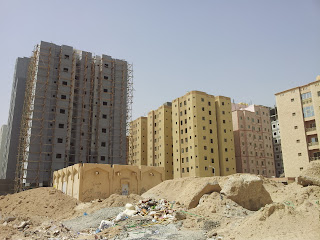 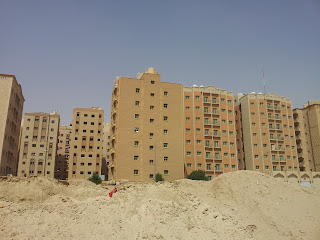 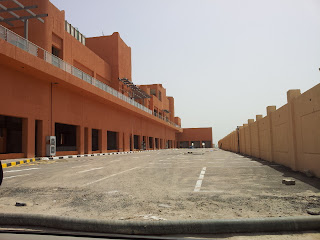 They tore down the chalets beside the Spoon complex, I doubt it will be left for parking, I'm sure they will cram some kind of business there without adequate parking. 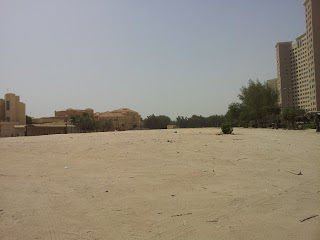 They tore down the pink color complex to build more restaurants. 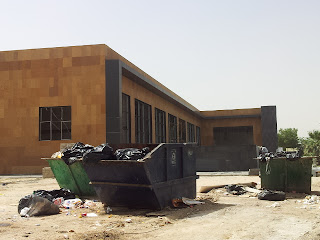 This was the empty lot on the other side of the small park in front of Applebee's, don't see much parking space.﻿ 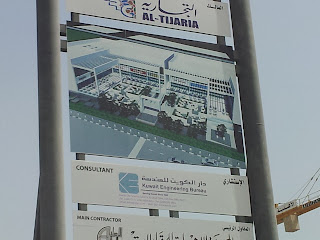 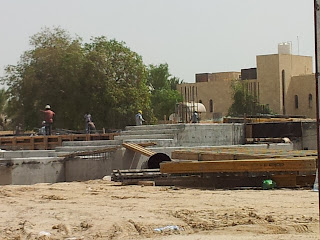 New complex out by the beach 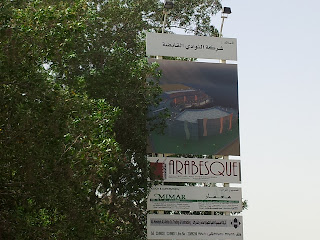 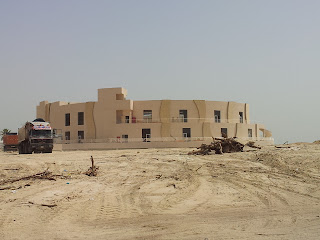 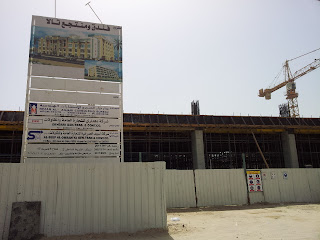 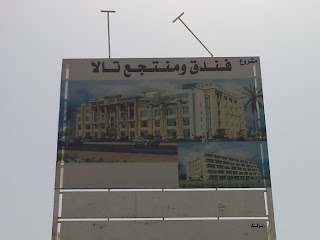 It does seem like these projects are coming along quicker than most in Kuwait.﻿
Posted by Crazy in Kuwait