Al Ghanim held their invite-only launch on Sunday at the ice skating rink. We got there at 7 pm the parking lot was already full. We started off in the middle with all the fancy chairs but ended up in the nose bleed sections on the right side, unlike the Kuwait Miami concert the seating was all one level which meant you could NOT see anything unless you were in the first two rows and there were two narrow exit doors, I'm sure once it was over there would be a mad dash to get out.
We sat waiting for 2 hours on the hardest seats you can imagine. Finally the program started and by that time expat families with children began to leave. When it was time for Husain Al Jassmi to perform we had to wait another 30 minutes for them to set up. It was really hot and the place was full of fake smoke, even Husain Al Jassmi complained about the heat. Unfortunately we had to leave early because everyone had work the following day which sucked because I wanted to watch his concert since they are banned here.
Note to females: When you wear white make sure you wear something underneath your skirt, remember the neon lights will show everything and I mean Everything!﻿ 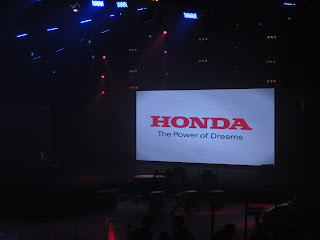 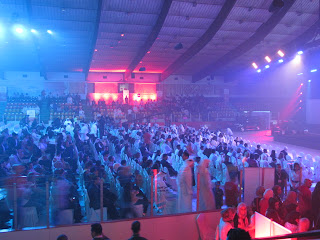 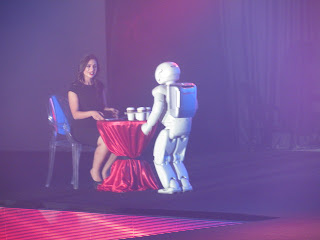 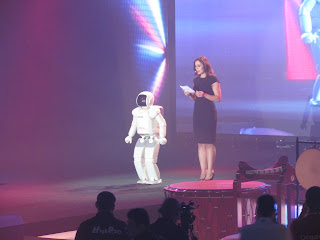 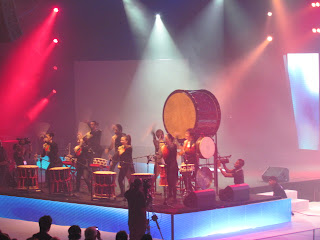 The guy who was practically in my lap, I had to sit sideways to avoid him being between my legs. 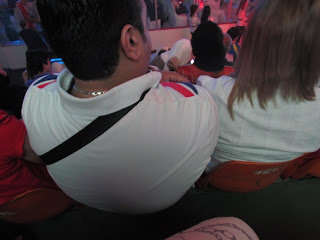 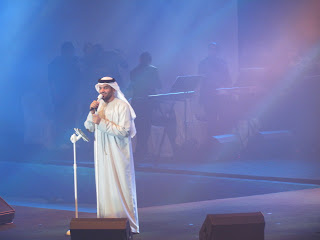 He invited a child on stage to sing some Barcelona song. 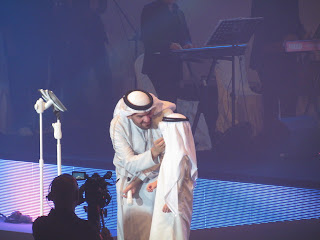 Thanks to Honda!! It was a great event, in the future can we do these events on a weekend?