Fast & Furious 7 to be filmed in the Middle East 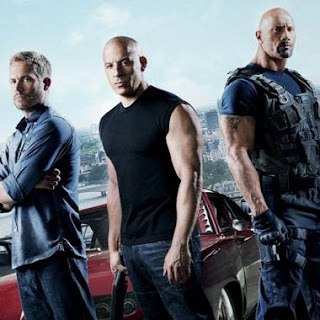 The seventh instalment in the popular ‘Fast & Furious’ movie franchise is set to be filmed in the Middle East, one of the lead actors has revealed.

"We will have a stint in Tokyo and there is the Middle East next, that could be very interesting," American actor Vin Diesel told the DigitalSpy movie website while promoting Fast & Furious 6, which also stars Paul Walker, Dwayne “The Rock” Johnson and Michelle Rodriguez.

Fast & Furious 7 will begin filming in September and is set for a July 2014 summer release.
No details on exact locations have been revealed but the seventh film is expected to be the first in a new trilogy for the popular adrenaline-packed, car-focused franchise.
Released on May 24, the London-based sixth instalment had a budget of around $160m and has already earned around $405m at box offices around the world.

The six movies in the franchise have now earned a total of nearly $2bn since they were launched in 2001.

Ooooh "The Rock" will be close! Yay!

Rumor has it the filming will be in KSA?