Chinese hooker screaming for help in my Building 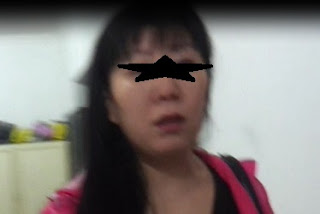 I swear I cannot make this stuff up! This is my first week of staying up later than 8 pm since I quit contracting and of course something out of the ordinary has to happen! Around 9 pm I was watching Chopped and all of a sudden I hear and feel the door opposite to mine slam hard and then a female starts screaming at the top of her lungs. WTH? I've never had any problems on my floor besides the crying babies and the neighbor guy who coughs so loud it's like he's in my apartment so to hear screaming was surprising.

I didn't open my door at first but then the slamming continued, I thought the Saudi neighbor was beating his wife or maid or something so I opened my door and the female was screaming bloody murder and then silence so I figured he might have killed her so I called my hubby to tell the haris to come up and check it out. As I was waiting for the haris the door of the apartment opens and out runs a Chinese hooker WTH? For those who think she might be there delivering Chinese food, well she wasn't!

I followed her and we took the elevator down and as the door opened the haris was there so I handed her over to him so he could call the police. The police took their sweet ass time to arrive and of course they don't speak English and act like they are bothered that they had to do their job. It must be the area because the city police act a little more professional than the ones here. They took her and she admitted she was there to give the guy a massage. It seems the guy's family moved out and only visit on the weekend so he had the nerve to bring a hooker to a family building.

One more to add to the deportation numbers. Someone should look into the person sponsoring these females, I know they come on work visas for trade fairs but end up staying and becoming hookers. Yuck!

It's definitely time to move out of this area.
Posted by Crazy in Kuwait